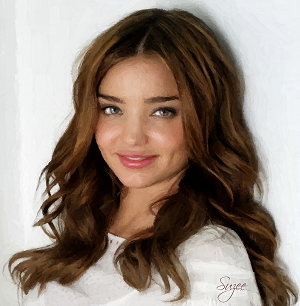 Physical Description of Persona:
Arippa is a twin and looks exactly like her sister Faldrimme. They are so interchangeable that even their father Royan has difficulty telling them apart at times. Dark Hair and deep blue eyes are part of Lord Benaroys legacy and they are reflected in the twin daughters of Royan. Tall for their age they top 56 but have yet to reach their maturity. Still dealing with a developing figure they are more slim and athletic than well rounded.

Emotional Description of Persona:
A bit more outgoing than her sister. Arippa is normally the one that will speak first of the twins, though she is known to finish her sisters sentences on occasion. Arippa is shy sometimes in new situations but knows what she wants. When she can, she manipulates situations to get what she wants, whether its her father, siblings, or other extended family. Beneath that she is a sweet girl with a kind heart.

History of Persona:
Arippa and Faldrimme grew up at Amber Hills Hold. There you rarely ever saw one of them without the other. They were both very good at their harper lessons and went runner mad in their pre-teen years. Once they had finished their lessons they became creche workers at the main hall. Most recently they have been assisting their Aunt Benani with her duties as Lady Holder. They found these activities both exciting and fun. Learning from their Aunt what it meant to be a Lady Holder.

A young Holder visited Amber Hills to discuss the possibility of an alliance between Green Valley and Amber Hills. Arippa agreed to explore the possibility and therefore moved to Emerald Falls as a fosterling with Lady Felyna. There she waited for Holder Namrien to begin his courtship. However the time never came as Namrien was killed in a runner accident. His cousin Reven came to Emerald Falls to gain permission of Lord Corowal to take Hold at Green Valley as his cousins heir. Lady Felyna saw the potential and with her husbands help made the match between their new Holder and the young Lady of Amber Hills Blood.

Mystery, Blue Firelizard: aged 9, hatched m6 d10
Mystery is a silly little flit but nonetheless loving to his person. He's independent and spends hours doing who knows what but he always returns. She can get him to carry a message at times if she really focuses.

Peridot, Green Firelizard: aged 3, hatched m10 d3
Next Mating Flight: m5 d18
This little green has yet to assert her personality but her hide is the shade of green that perfectly reflects the color of the fine Peridot gem for which she is named.