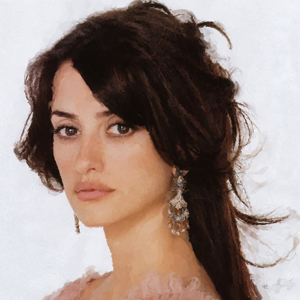 Physical Description of Persona:
Yanley is 57 tall woman with dark brown hair that shows reddish streaks in sun light. Her eyes are large and warm brown. She isn't classic beauty, her nose being too big, mouth too wide, eye brows too low and chin too angular, yet she _is_ beautiful and attractive, the total effect of her facial features being greater than the sum of the individual facial parts. She has slim body and still has perfect hour-class figure after giving a birth

Emotional Description of Persona:
Yanley always act like the perfect lady: calm, dignified and noble. She is warm-hearted, caring person who has learned to keep her passionate temper in check. Public shows are not allowed and a lady does not swore, yell, slam doors or storm away in anger, no matter how much she wants to. She is intelligent and has a good sense of humour. Shes excellent rider with firm hand in rein. Shes gathered impressive, if bit theoretical knowledge of healercraft and midwifery for someone not allowed to craft. The Turns being childless, she felt she has failed as woman and wife, and seeing children (especially babies) or pregnant women filled her with longing and anguish. Her divorce made her bitter. She's then found a new love and new happiness.

History of Persona:
Lord Benaroy's first daughter by his second wife, Yanley was brought up to be a Lady and know her duty. She was well educated and civilized, although personally, she would rather had spend time riding or in the beasthold than learning embroidery. She always envied her brothers who were allowed to get dirty and smelly and tend runner beasts.
Yanley was 8 when her mother Anley died.

She was seventeen when she was married to Golansin, Lord Heir of Lazur Lake.
They were good match and had good marriage, even if they never shared great passionate love. When time went on and Yanley didn't get pregnant, problems started to crop up. He strayed off from their marriage bed and she learned to look another way. Instead she immersed herself to learn why she didn't get pregnant. She read healer's craftbooks and questioned healers. She came quite competent and even assisted on the infirmary.
When she was 26, her father's third wife died. She was going through a crisis in her marriage and came to Amber Hills hold to help to take care of her younger siblings. She stayed three Turns and then returned to her husband's side.
She received a firelizard egg from Golansin as her 30th birthday present. He had also brought an egg for himself. But when the eggs hatched, Golansin was outside and couldn't make it home in time. Both firelizards became Yanley's.
Two turns later Golansin's father passed away and they became the Lord and Lady of the Lazur Lake hold. Yanley was perfect Lady holder but grew more and more desperate to have a child. She visited healer hall, consulted master healers. No avail. Her womb stayed empty and she grew older. Golansin was growing more distant and cold towards her.
When her father Benaroy died, they visited the funeral at Amber Hills. Yanley would had liked to stay longer. She was still grieving her father's passing, when Golansin took a mistress (permanent one, instead of occasional bedpartners). The final blow came when, at the Turn's end of turn five, Golansin announced he was divorcing Yanley on grounds of her infertility and marrying his mistress instead.
Yanley had no option than to return to her childhood home, humiliated and bitter. After return to Amber Hills hold, she met a brownrider D'ale at the Vintner Hall's tavern. During the following she found herself in love..and pregnant. She's now weyrmated to D'ale and moved to Weyr. Her baby was born m3 d24, after long and exhausting birth. After she recovered from the birth, she's slowly started to work as assistant headwoman. Eventually she was promoted to Headwoman.

Bramble, Brown Firelizard: aged 17, hatched m5 d19
Bramble or Bram is more steady and reliable and has klah brown hide. Originally her husband was meant to Impress Bramble, but he wasnt there when the eggs hatched and both firelizards latched to Yanley.