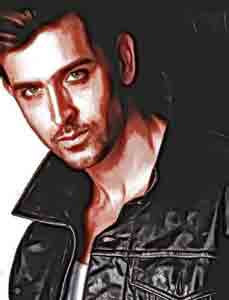 Physical Description of Persona:
D'ale is tall and lanky. His muscles are well defined, but not over-large. D'ale's face is oval in shape, with high cheekbones and a slim jaw. His eyes are the most stunning feature in his face - large, expressive brown eyes that are designed just perfectly to make most women melt. D'ale's hair is dark brown and he keeps it a little longer than most of the weyrmen. He usually looks as if he's just fallen out of , or ready to fall into, someone's bed. D'ale has a beautiful baritone voice and he keeps it in frequent practice entertaining the ladies.

Emotional Description of Persona:
The only thing that D'ale is serious about is fighting thread. He looks at the rest of the world as entertainment. D'ale laughs easily and smiles a lot. Even in the worst situations, D'ale will usually find something to smile about. He has a harper's eye for details, and will frequently use humor to defuse a tight situation. D'ale believes in enjoying life to the fullest. And for him, that means not settling down. He is generally discrete with his...entertainments...but he is known for keeping women happy.

History of Persona:
D'ale was born in DFW when it was still a Weyrhold. Both of D'ale's parents were musically inclined, and he grew up with a love of music. When he was old enough, D'ale managed to convince the Weyrharper to apprentice him. D'ale studied both in the weyr and at the Harper Hall. When he was 17, he impressed brown Torerath, shortly before he was due to walk the tables as a Journeyman harper. D'ale grew up and trained with the dragonriders of DFW. One of his good friends was Kenza, a weyrbrat like himself. Kenza and D'ale maintained a casual-but-fun relationship for many years, and their son, Kendale, was the result. D'ale knows that he probably has a few other children here and there, but Kenza was the only one who presented him with a child.

Several turns before the pass began, D'ale petitioned for, and received, a transfer to River Bluff Weyr for a change of scenery. He came back briefly to serve as Wingsecond with U'kaiah. Then he heard from RBW that a lover in the lower caverns was presenting him with a child. He returned to RBW to attempt a relationship with the woman for the sake of his child.

It didn't work out as he'd planned so after nearly a decade of spreading his kind of entertainment through the greenrider population at RBW, D'ale heard that his son was going to stand for the next hatching at DFW. D'ale wanted to watch his son grow into a man and requested a transfer back to DFW.

In an unexpected turn of events he met a Holder woman at the Vinther Hall during one of his many trips there. He fell in love in a way he'd never known before. Yanley found herself pregant and moved to the Weyr to be with him. Together they had a son Daley.

Dragon's Name: Torerath
Dragon's Age: 37
Dragon's Colour: Brown
Description of Dragon:
Torerath is an average sized brown dragon. He has a good balance between agility and stamina that makes him one of the best thread fighters in whatever wing he flys. Torerath is a dark brown in color. Torerath's dark colors and agility make him a favorite with many green dragons.