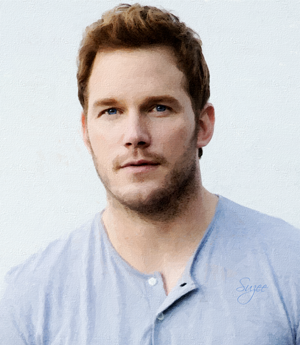 Physical Description of Persona:
Benamil is of average height, with broad shoulders for his height. He is tanned from long hours spent outside, and his sandy brown hair is bleached from the sun. Benamil's features are a blending of his parents that came just shy of handsome. His face is square of jaw and his nose sharp which gave him an aquiline profile. His eyes, though, are dark, dark blue, and possibly his best feature.

Emotional Description of Persona:
Benamil is shy. He much prefers the quiet and solitude of the wilderness to the crowd and the noise of the Hold. When he does find himsefl in social situations, he is polite, but almost awkward. He is kindhearted as well, something that could easily be taken advantage of.

History of Persona:
Benamil is the third son and is the third of eight children of Lord Benaroy and his third wife, Nimile. His father had his seven half-siblings with his second wife, Anley, who died five turns before he was born. He also had a half-sister he never met, Aroley, who died five months after her birth. He was born twenty turns after the Plague that devestated Amber Hills Hold. He was about eleven when his youngest sister was born. Nimile died about two turns later, having never quite recovered from Royani's birth. His older half-sister Benley died six turns ago after a kidney infection.

With such a large and varied family, Benamil much prefers to spend time alone, out of the noise and the crowded Hold. Even as a child, he often would 'run away' and spend hours climbing the hills and exploring the forests of Amber Hills.

When he got older, he would spend his time learning from the resident beastcrafters their craft. He enjoyed spending time with the farmers on the smaller cotholds around the Hold, rather than in the hold itself.

Most of his time, he would try to escape duty, much to his father's dismay. But he was developing important relationships with the people of the Hold, who found him attentive and sympathetic to their work and needs.

After his father passed away, Benamil was sure that he would no longer be pestered about marriage, except his siblings took it upon themselves to try and fix him up. The problem with all of the matches was that Benamil could never really convince himself to be that interested. It wasn't until he had a dream about his friend Arion, that Benamil figured out what his "problem" was- liked men more than women.

Being a Son of Benaroy, and living at the Hold, an open relationship with another man is, of course, forbidden. To cover up his relationship with Arion, Benaroy married his sister's lady-in-waiting, Nazli, who merely wanted a marriage to be protected from the chances of ending up with an abusive husband.

Wind, Runner: aged 10, born m11 d25
Wind is a runner that Benamil raised and trained himself. She is a dark dappled gray.