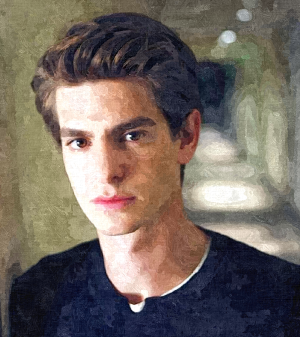 Physical Description of Persona:
Lecordin is a little above average height and rather thin. His hair is a reddish brown and a bit shaggy or so his mother says. His eyes are brown with flecks of green. Even at 18 turns his face tended to look like a baby face. But you can see his father in him. As he's matured a great resemblance to Corowal is aparent.

Emotional Description of Persona:
Lecordin was a happy child but his circumstances have soured his outlook a little. He has a sense of humor but it takes a bit to bring it out at times. He likes to play practical jokes on those around him but most especially his friends. Maturity has made him more thoughtful and considerate.

His teen turns have brought out a sometimes sullen and brooding demeanor even toward his closest friends. He shows flashes of brilliance and can expertly manipulate most people around him if he puts his mind to it. When he forgets to brood, Lecordin can exude quite a bit of charm.

History of Persona:
Lecordin was born on the 'wrong side of the blanket.' His mother, a tavern worker, fell in love early in life and though she never expected to marry his father she always spoke highly of him and welcomed his infrequent visits with open arms. It wasn't until Lecordin was almost finished with his Harper lessons that he fully realized just who his father really was. His mother was always very careful to manage his expectations, it is the reality of his position in society due to the nature of his birth. For although he was the son of a Lord Holder, he would never inherit.

The man who visited so often in his early childhood seemed to disappear for long periods of time. His occasional visits were happy ones and the boy had fond memories of spending time with his da. But then Corowal left Coral Bay and when he returned once more it was to move them from their home to a new one closer to him. They were well provided for and even though his mother still worked hard every day, now it was in her own tavern in a place called Green Valley. Lecordin's grandparents also came along to help run the place and raise him. When he finished his harper lessons he was established in a position as an assistant to the under-steward at the local Holder's residence.

Though his father had not acknowledged him openly, he provided for both he and his mother and they never wanted for anything (but his time.) His occasional visits always brought joy to their household for the entire family knew they owed their livelihood him.

Recently searched, Lecordin went to Dolphin Cove Weyr to try his luck on the hot sands. His father attended the Hatching and when Tonuth found Lecordin blurted out his son's heritage in his pride of the moment and wonder of the other attendees.

Now L'cor and Tonuth have joined the ranks of Thread fighting pairs at Dolphin Cove Weyr.

Dragon's Name: Tonuth
Dragon's Age: 4
Dragon's Colour: Bronze
Description of Dragon:
Tonuth is the standard metallic green-gold color associated with bronze dragons. His neck ridges shade darker as do his hind feet. Now at his full growth, he is on the large side of the bronze spectrum.

He is usually serious and proud of both himself and his rider. Playfulness has not yet been supplanted by pride and cockiness but they are certainly on their way. He reflects and affirms his rider's ambition, and he is beginning to understand his place and future.