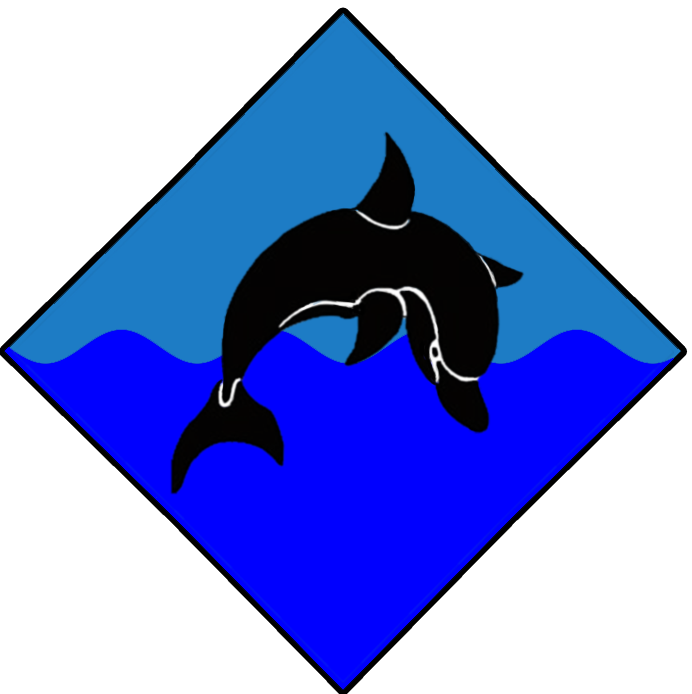 Z'ku reports to K'deren for his first day as temporary Wingsecond, determined to make a good impression.

Brennault returns home and discusses his time at Lavender Run with his family.

R'fal apologizes to J'ackt for what he said about holdless people, and J'ackt gives him some unexpected relationship advice. Alina spies on the kitchens, looking for people who might be working against the Weyr. She and J'ackt go over a list of new arrivals, looking for suspects.

S'kand and Z'ku meet thanks to their dragons, and the two find they have a lot in common. R'lor asks S'kand for advice on how to adjust to the Dolphin Cove climate.

T'ner learns that his former wife is planning to move and take their son with her. He decides to move as well and asks his lover to come with him. Z'ku is sad to hear the news that his wingmate is leaving.

Cosani and Reyela make plans to visit a Gather. Reyela is bitten by a tunnelsnake while working in the fields and Alina rushes her back to the Weyr.

Z'ku witnesses Terren drinking on the job and reports the man to his supervisor. Enali uses her wiles on Terren and he agrees to give her information about the Weyr.

Arrilon meets H'run in the archives and helps the Dragonsfall rider in his quest to find information about past blueriders. Arrilon gets an acceptance letter from the Harper Hall.

R'lor meets with Aviday and discovers a way to keep her interested in her weyrlingstaff duties.

M'gan and R'kehr run into each other again and they talk about R'kehr's interest in cooking. M'gan goes to investigate the mysterious starsmith Alina told him about and doesn't find anything amiss, but he's still suspicious.

Dolphin Cove Weyr was originally Thayan Peak Weyrhold, one of the four remaining Weyrholds on Pern. Thayan Peak was the last Weyrhold founded in the South, thirty-eight turns after the Ninth Pass ended. It handled a small portion of land that wasn't truly enough to support a full Weyrhold, but the area was rich in herbs and other necessities, and the dragonriders knew they would make up in trade what they lacked in land to grow crops and raise livestock. For centuries the riders made their living in this manner, and as the other Weyrholds began to dwindle in population, they took their share of riders, their own population declining more rapidly that some due to the isolation from Holds and Halls.

Dolphin Cove's current location was originally a thriving Weyrhold with a tropical location intended to provide lush fruits and such like in trade to the other Weyrholds. It was one of the last to close as dragon population dwindled, but was reopened when the original Thayan Peak location was destroyed in an earthquake in 1195. Lady Weyrholder Kaszian died in the earthquake and her grieving Lord Weyrholder S'honan led his people in reopening an abandoned Weyrhold near Topaz Sea Hold. His Weyrleadership was confirmed with young Kaedre's Advrith's rising, when his bronze Azapreth outflew younger bronzes in an open flight to win the young queen.

For turns, all ran smoothly at Dolphin Cove. But only eight months after the first strand of Thread appeared over Emerald Falls, the Weyr suffered a staggering loss: that of Kaedre and her gold Advrith. The next gold to rise was young Ysileerath, which installed the temporary Weyrwoman into permanency. The winner of the flight was none other than the previous Weyrleader. Brisis looked to him for guidance and he served as someone to keep her occasional over-zealous behavior from going too far. His loss of Azapreth in Threadfall, and surviving the loss, passed Weyrleadership to bronzerider V'leran, but Syehonan
remained with his young Weyrwoman.

In month four of the second Turn of the Pass, Brisis was poisoned at the Conclave meeting at Amethyst Cliff Hold. A young goldrider, Kalina, recently returned to the Weyr, stepped in and filled the gap temporarily. Her own gold, Moriath was the next to rise shortly after. The tumultuous relationship she had with V'leran was relieved when her gold was flown by Dalenth, leading to a complete change in leadership that took time to feel its way to stability.

For another turn after that, the Weyrleadership of Dolphin Cove suffered more change, one of the changes leading to a Thread tragedy that decimated an entire Wing of riders under then Weyrleader, O'dan. The mistaken formation cost the riders, but also the young queen, Moriath, and her rider, Kalina, who transferred out after Moriath was severely wounded.

Temporarily under the leadership of T'moran, and the Weyrwoman's Second, Jyramikah, a young gold visited Dolphin Cove from Dragonsfall and rose to mate over those hot sands. Traelyn and her gold, Nyith. J'darin's bronze Hasaarth caught her triumphantly, and both the bronze and the gold declared Dolphin Cove to be theirs, and so a Dragonsfall queen was installed as Weyrwoman of Dolphin Cove.

In Turn 4, Jdarin and Hasaarth suffered an injury in Threadfall and the bronze was unable to chase the next time Nyith rose. Traelyn decided to throw the flight open and Nvanik from Dragonsfall won. Nvanik adjusted well to his new responsibilities, but Traelyn became more and more reclusive. At the end of Turn 5 her personal problems overwhelmed her and she attempted suicide, trying to take her gold /between/ permanently. She was taken to a special Mindhealer Hall and Janani took her place.

Angdelouth soon rose, confirming Janani as Weyrwoman and Nvanik retained the Weyrleadership. But now in another turn of events, Janani has left the Weyr. Cyradis replaced her and at first the new Weyrwomans relationship with Nvanik was strained. Slowly, hes beginning to trust that she might not leave like his previous two Weyrwomen.

Dolphin Cove Weyr is located in a collapsed volcano right on the sea. The semi-circular shape of the Weyrbowl empties out onto a beach. One side of the Weyr faces out to the sea and has several weyrs dotting the side overlooking the water.

Dolphin Cove's Weyr is a collapsed volcano, the westernmost side open to make the Weyr itself a half circle in shape. With the more open aspect of a cliff-weyr, but the endless caverns typical of a volcanic-weyr, Dolphin Cove is less elegantly designed than some of its contemporaries. The need for living quarters for the former residents of Thayan Peak Weyrhold overrode the need for amenities, so only the higher ranking folk have access to bathing facilities and other perks, just as in the original Weyrs reopened in the North.

Additional living space was gained by using the northern sea-side portion of the old volcano. It falls away jaggedly to the water, with ledges gaining a rider an intimidating view of ocean waves far below. These weyrs tend to be reserved for those with dragons only, as there are no corridors to access the weyrs on the rugged cliff face that is the first sight any sailor sees of the huge Weyr.

A large natural cavern serves as dining cavern, with the kitchens adjoining via a corridor. Large fans circulate air through the dining cavern into the kitchens, pushing the heat from the ovens out into the open air of the Bowl. The tropical nature of Dolphin Cove means that most cooking is done to avoid the extreme heat of the daytime, and the large chilled room at the rear of the kitchens and its refrigeration equipment are essential to keeping food cooked in advance during the cool of the night from spoiling.

The Hatching Caverns are as traditional as anything the North ever produced. Majestically large, they were the original reason the volcano was settled as a Weyrhold in the late Ninth Pass, even though it was later abandoned when the population could no longer support such a large facility as the entire location demanded. Three clutches could be accommodated on the Sands at once, a feat that luckily has not been tested since Dolphin Cove was re-opened in 1195. There is a small room off the caverns for the junior goldriders, but the Weyrwoman's weyr opens directly onto the Sands.

Weyrlings are housed in a man-made barracks until their dragons are old enough to fly, then usually are assigned the smallest and highest Weyrbowl facing weyrs. Once they leave weyrlinghood they often move to slightly larger quarters, usually on the sea-side cliff-face, which is only permitted once their dragons are fully matured and able to handle the wind currents that can result from the crashing waves below. The weyrling barracks is large enough to house nearly three clutches of junior weyrlings at once, with just over 100 couches for the Weyr's smallest dragon residents.

Candidates have a barracks as well, both genders residing in the large stone building only a dragonlength from the weyrling barracks. Weyr residents of candidate age are encouraged, but not required, to Stand with the permission of the Weyrwoman, so often the candidates don't live in the barracks. They are permitted to remain with their families, if weyrbred, or in their apprentice rooms if they already have a craft. Those of journeyman rank in a craft are almost never sent to the barracks, retaining their private rooms within the Weyr. The barracks tends to be mainly the living quarters for those candidates Searched from Holds and Halls, providing a bit of a safe haven for those struggling to adjust to the differences in weyrlife versus what they left behind at home. The candidate barracks can house ninety candidates at any one time, but it is rarely over half-full, even now that Search is no longer as difficult as it once was.

Even with the half-circle shape of the Weyr, the Weyrbowl is enormous. The weyrlake and feeding pens take up space in the northernmost arm of the Bowl, and rarely is the Bowl empty of people or dragons, even in the darkest part of the night. In tropical Dolphin Cove, residents learn the advantages to some tasks being handled nocturnally. The beaches are a favorite place for weyrfolk to cool off, as well as the large bathing caverns with their cool water (a great contrast to the warmed waters of other Weyrs). Shyness over nudity is something almost non-existent at Dolphin Cove, except in the newest residents imported from Holds and Halls.

Because of the rush to reopen the Weyr electricity was never a priority other than some minor electricity for refrigeration in the back caverns by the kitchen. All other light is given through glowbaskets and the heat for the water is through a geothermal system that was put into place back when Dolphin Cove was first a functioning weyrhold after the ninth pass.

The Weyrleaders have begun a project of upgrading the electricity for the Weyr. Among the Weyrwoman's priorities are: a larger source of electricity from nearby streams; upgraded refrigeration and cooling fans in the kitchens; electrical lighting in the main areas; expansion of lighting and fans to individual weyrs as the project progresses.

Women are welcome in all aspects of life at the Weyr and now with two Halls - the Dolphin Hall and the Harper Hall temporarily at the Weyr - more young women are apprenticing to Crafts.

During the plague, Thayan Peak Weyrhold lost approximately a third of its total population. Since then, it has steadily increased its population and regained its former level, with a minor setback due to the earthquake that destroyed Thayan Peak.

Dolphin Cove, like all other Weyrs, is basically dependent upon the tithes of the Hold's beholden to them. The individual riders may do occasional jobs within their craft to garner a few marks to purchase items, but normally all they need is provided to them by the Weyr.

Since the sea comes right up to the beach near the Weyr, it is easily accessible by sea. The land around the Weyr is almost jungle like and overland travel is quite difficult, but can be done. And as always, no place is to far when going /between/.