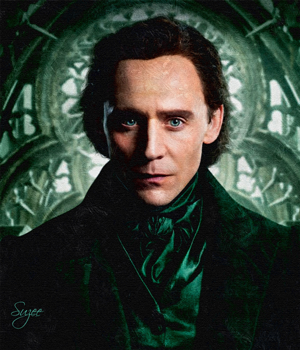 Physical Description of Persona:
Bryvin is tall with unremarkable features other than his wide smile. This has served him well in the past when his career was not quite above board. His hair is medium brown which he keeps trimmed as it tends to curl when he lets it grow longer. His eyes are hazel-blue with a slight hint of almond shape and teeth are naturally even.

Emotional Description of Persona:
Bryvin is not the happiest of men. His life has been hard from the beginning and this has molded his character. Having had to make his own way from a young age has made him selfish though not in the extreme. He is out to serve his own interests and the interests of the Hold. He is suspicious though he prefers to see it as realistic. He is not precisely amoral but his morals are relaxed to fit the situation in which he finds himself. He is not above using strong-arm or other tactics to achieve his desired result.

His personal code of honor and a heart for loyalty extends to his family and close friendships. Beyond that circle the gloves can come off at any time. But once he gives his word, it is as if it were carved in stone.

History of Persona:
Born at Amethyst Cliff Hold as a minor distaff member of the blood, Bryvin is the son of Brylor and Jovina. He was the last of the small group of children born to the couple though none of the ones born before the plague that occurred approximately 5 Turns prior to his birth survived. He and his sister were heavily protected by their mother. His father then an assistant steward worked hard to keep them all well cared for but grief and a weak heart took his life at too early an age. Jovina carried on and remarried when Bryvin was about 13 turns. Heï¿½d apprenticed as a steward as his father had wished but his mothers' new husband and he mixed like oil and water.

Brina was more well mannered and received by their step-father. She was married young to an older Holder and became suddenly a stepmother to his 4 small children. This left Bryvin without the companionship he craved other than that of his fellow apprentices. When his mother passed away it left him alone for all intents and purposes. His stepfather had no time or desire for his company and Bryvin was just as glad to see the end of the man. So, at 16 he ran away from Amethyst Cliff and began an almost nomadic existence working here and there, where ever he could find work. After working as an apprentice steward the realities of that life were hard to take at first, but he found a strength inside and found his way again into a Steward position in a prosperous minor hold with an ambitious Holder. He made himself invaluable to the man serving him in whatever capacity was required.

When Lord Morin passed there was no clear successor to the Hold. But Bryvin presented his case to the Conclave and though it was weak, he was confirmed as Lord of Sunstone with the provision that he marry Lord Xelfin's younger daughter. Which he did to cement his claim. He is very involved with the workings of his prosperous though unconventional Hold.

Eventually Xeladrie became unstable and was committed to the mind healers. Bryvin divorced her and sent her back to her father. But before she left Xeladrie managed to fake their newborn daughter's death and send her to the Weyr. Bryvin found out and through an agent kidnapped his daughter and brought her back to Sunstone.

Bryvin's sister Brina came to help manage the Hold in place of his Lady Holder until the time he chose his new wife from among the fostered young Ladies who had fostered at Sunstone. In month 7 of Turn 10 he married Asaile. She is now expecting their first child.

Captain, Canine: aged 9, born m1 d21
A large mostly black canine with one blue eye and one brown. He has brown markings on his muzzle, chest and feet. Captain is long legged and sleek. Short hair covers his back and sides but hangs longer from his ears, tail, legs and chest.

He is Bryvin's constant companion. He is obedience trained and responds to many different commands. He is quite friendly but protective of his person. Captain likes to hunt and will retrieve.

This extremely chatty and energetic firelizard never sits still, and rarely even naps for more than an hour or two at a time. However, he's rather low maintenance, taking care of himself for the most part. A more affectionate bondmate might have trouble with that, but for His, he is a perfect match.