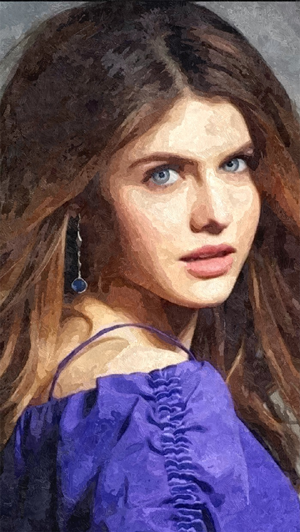 Physical Description of Persona:
With long wavy black locks of hair and startlingly bright and sharp blue-gray eyes, Danrina is a beauty to behold. Her complexion is fair in color, in sharp contrast to the dark, bold color of her hair. She stands an average height, but carries herself with dignity and poise.

Emotional Description of Persona:
Danrina is a bit stand-offish at times. She isn't the easiest of people to get along with as her sharp tongue often turns people away. She's quick witted and intelligent and has a rather envious streak. She gets frustrated with herself easily. If you can break through the rather cold exterior she often portrays, one would learn that she is just like any other. Seeking companionship and love and friendship.

History of Persona:
Having grown up the third daughter of a minor Lord Holder at Golden Dreams Hold, Danrina was taught from the start that she was 'better' than others. Her parents, while not loving, were more than happy to point out that they had achieved success over the people around them.

Danrina did as she was told, acted the way she was expected to act, but never felt close to her family. She built up a tough shell around herself and used her tongue and intelligence to not let others get to her. Because of this, however, she has difficulty making friends and opening up to people.

When her father tried to marry her off to some rather 'vile' (in her words) men, Danrina had had enough. She left the family Hold and made for Sunstone. Here she plans to make her own way in the world, away from the family she never truly loved. Her promise was she would find herself a husband within the coming Turn or return and accept her father's match for her.

Knowing she never wants to set foot in her family's Hold again, Danrina is intent on marrying someone, _anyone_, better than the suitors her father presented to her.

After a Turn at Sunstone, Danrina loved her freedom and had found love in the eyes of one she could not have, Lord Holder Bryvin. When the time came and her Turn to find a match ended, she was forced into the marriage her father had chosen.

On Turns End of Turn 8, Danrina entered into marriage with Galrad, minor holder beholden to Sunstone Seahold. With the assistance of her true love, Bryvin, an arrangement was made for her to remain at Sunstone Seahold as special assistant to Lady Xeladrie.

Her time at the hold has been pleasant. She does her duty when Galrad arrives, but is more than pleased when he leaves. Her true happiness comes when another visits her room in the quiet of the night and shows her what true love really is.

On m1 d21 of Turn 9, Danrina's life changed. Her firstborn, a daughter came into the world. She named her Dalvina. The moment she knew she was with child, she knew it was Bryvin's child, as the timing was off for her recent visit with her husband, Galrad, who had left only two days before she learned the truth. Things were easily hidden and Galrad believes the child to be his.