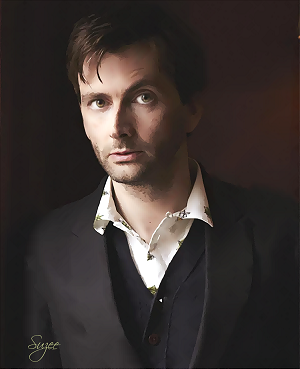 Physical Description of Persona:
Wirnan is smaller in stature than many men of Pern. His looks are nothing if not ordinary, though he does possess one small scar behind his right ear from a little escapade on a beast as a young boy. His hair is a rich dark brown and he has hazel-green eyes. His eyes have small crinkle lines near them from the smiling hes normally wont to do.

Emotional Description of Persona:
Though life has not been easy for Wirnan, overall, he is a happy, easy-going kind of person. His grandfather showed him that there was no other way to really live ones life than to find joy in the small moments. Wirnan knows how to manage situations with others. He can be firm if he needs to be, but normally tries to find a fair compromise among everyone. He enjoys a nice glass of wine and some music, though he possesses no talent for such things himself. He has always had a bit of a fascination with the animals of Pern, and had he not taken up the job of Steward and been a bit taller, he likely would have pursued a career as a beastcrafter, like his father and grandfather before him.

History of Persona:
Wirnan was born to Brysit and Acella at a small hold not far from Amethyst Cliff Hold. He was the last in a long line of nine children, however, most of his oldest siblings had not survived the plague that had struck nearly 11 Turns prior to his birth. His birth was too much for his sweet mother, Acella, who had suffered greatly during the Plague and the ensuing Turns. She died shortly after he came into the world. Brysit, full of grief, packed up the remaining children of the family and moved to Amethyst Cliff Hold, where his own parents still lived and worked.

Brysit threw himself into his work, hardly sparing time for his four remaining children. After an accident with one of the beasts, Brysit succumbed to his injuries, though most felt he had given up on living when hed lost his family Turns before. It was Dirino and Fadu, his grandparents, who raised Wirnan and his two sisters. Wirnan adored his grandfather and wanted to follow in his footsteps as a beastcrafter, but he was small for his age and Dirino and Fadu did not want to lose another of their grandchildren, so they did not allow him to purse this dream of his. His eldest surviving sibling, Shovyn, left when Wirnan was still fairly young, for he did not like the way his grandparents treated him. Wirnan has not seen Shovyn much since then.

Wirnan defied them once, stealing a herdbeast and riding it through the open lands. That was how he obtained the scar he now bears behind his ear. The beast, frightened and uncertain, threw young Wirnan who had little skill in controlling him into a rock. If it hadnt been for a lucky soul who happened upon the young lad, he might have bled to death that very day.

After he recovered, he agreed with his grandparents, and instead of pursuing his love of animal-kind, Wirnan studied and spent time learning his letters and numbers. He was often the one found leading the other boys and giving directions when others lacked them. These skills made him the perfect candidate for stewardship when he was old enough. Wirnan worked as a young assistant Steward for the Hold for many Turns, at which time he lost his dear grandmother. While this was hard for him, it was much harder when his grandfather took ill. Wirnan all but lost his positon, as he took care of the sickly man and mourned his loss.

Unable to see himself in the halls of the Hold where images of his grandfather where emblazoned in his mind. Wirnan took off on his own path. He acquired jobs as assistant Steward in other Holds around the area, working his way up to the head Steward position. He visited Amethyst Hold from time to time to be with his sister, Dwidara, who had remained behind, and raised a family of her own. Zessa, his other sister, had been Searched Turns ago and now flew atop a dragon at River Bluff Weyr.

It was with a heavy heart that Wirnan rushed back to Amethyst Cliff Hold once hed learned of the earthquake two Turns ago. Dwidara and her husband, Leionon had survived, but they had lost two of their three children in the destruction. Only young Wrice had survived. The family was devastated, but pressed onward as they had to do.

Wirnan, who was obligated to return to his current position as Steward at another hold, did so. He missed his family dreadfully, more so now than ever before. Hed learned so many times in his life just how precious life and time really were. He did not want to miss another moment with his sister and her family, especially now that they had just had another child after trying for the past two Turns to rebuild their small family.

When Wirnan heard that the Steward position at Amber Hils Hold, where his sister now lived, was open, he immediately applied for the job. After providing his current employers time to replace him, he accepted the position and has just now moved to Amber Hills Hold to take up his new job.

After getting tricked into a rocky marriage with Kaya in Turn 6, Wirnan finds himself frustrated with the relationship.

Due to an affair, Wirnan leaves Amber Hills Hold at the beginning of Turn 8. He disappears in all rights and respects within a few months and is presumed dead.

He turns up again in month 10, Turn 9 at Sunstone Seahold, a changed man. What happened in the Turn and a Half he's been missing?