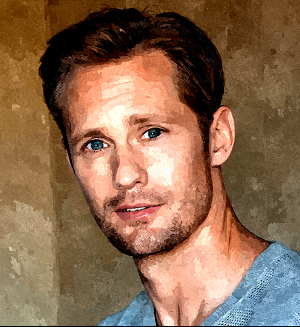 Physical Description of Persona:
K'yne has dark golden locks that are typically kept combed back away from his face, which hosts sharp, angular features. Beneath his brooding brow are set two dark blue, nearly black eyes. The brownrider is an impressive height of 6'3", and he uses every inch of his lean, rangy build to his advantage. K'yne typically dresses in dragonrider attire in dark shades of black and blue.

Emotional Description of Persona:
K'yne is a man of deep emotions that he keeps carefully concealed beneath a stoic mask of indifference. His sense of humor is dry and sarcastic, but readily available to his close friends. The brownrider has no qualms about casually sleeping with different bed parnters, but for six Turns his heart has been tied up with a woman that has sworn to loathe him for the rest of her life.

History of Persona:
K'yne is one of three siblings raised at Far Island Weyr. His older brother K'fel was always his closest friend as they grew up, and they even went on to both Impress brown dragonets in different hatchings. His younger sister, Emyai was someone that K'yne felt extremely protective of as she grew up, and even now he checks in on her frequently.

Busying himself with being a Wingsecond at Far Island Weyr, K'yne never took much time for relationships other than the quick bed partner here or there. The problem with K'yne's heart was that the person he loved was already taken-- by his brother. Saibra, a goldrider at Far Island Weyr was the happy weyrmate of his older brother K'fel, and more than that, the two of them had two children. K'yne adored his neice and nephew if they were his own children.

Life changed drastically for K'yne when his best friend and brother perished in a particularly gruesome manner during Threadfall. Seeking to comfort the woman that K'fel had left behind, K'yne went to Saibra-- but the woman later grew resentful of K'yne and his actions after K'fel's death.

After a few Turns K'yne watched as Saibra moved herself and his neice and nephew down to Dolphin Cove Weyr. He lost touch with them for a few months while they were gone, but after he got word of Saibra's move to Dragonsfall as the Senior Weyrwoman, K'yne put in his transfer request and moved to Dragonsfall, despite Saibra's protests.

Dragon's Name: Arinoth
Dragon's Age: 28
Dragon's Colour: Brown
Description of Dragon:
Arinoth is a large, dark chocolate brown dragon whose wit and sarcasm matches his rider perfectly. The brown enjoys swapping jabs with his rider, but mostly he wishes K'yne would quit pining after Chioneth's so that they could find happiness somewhere else.