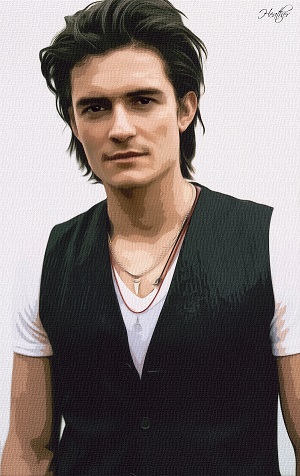 Physical Description of Persona:
Thayde has the tall, leanly muscled body of a swimmer. His brown hair falls just to his shoulders, but is usually kept pulled back. Sharp, angular cheekbones frame his face, resting just beneath a pair of large, warm brown eyes. The man's skin is always tanned, and wrinkle lines have begun to appear at the corners of his eyes, evidence of time spent in the sun.

Emotional Description of Persona:
Thayde is somewhat quiet, and because of this, people are often intimidated to approach the tall journeyman. However, Thayde is incredibly friendly, and rarely has a hard time making friends with anyone. The introspective journeyman enjoys his studies, and usually fills his spare time with reading. Thayde is always willing to give everyone the benefit of the doubt, but once his trust is broken, it's hard to be gained again.

History of Persona:
Thayde was born and raised in the North, his mother a dolphineer and his father a seacrafter. You could say that the sea is in his blood. Having a large family, three older brothers, and two younger sisters, Thayde always felt like the outsider of the group. While his brothers ruff housed and played pranks, he found a quiet nook where he could read. And while his sisters were worrying about finding a husband, he was worried about advancing into the Dolphincraft.

At fourteen Thayde was accepted as an apprentice into the Dolphincraft, much to his father's disappointment. The man had hoped that his youngest son would follow in his footsteps to become a seacrafter. Thayde, however, had other plans. Being as studious with the Dolphincraft as he had been with his basic harper lessons, Thayde proved to be a conscientious student.

At the age of twenty Thayde was promoted to Journeyman, and at the age of twenty-two was moved South to the Dolphin Hall there. Thayde enjoyed the move, and it was there that he found his dolphin partner Ada. Choosing to specialize in dolphin healing, Thayde was moved out on assignment by the Hallmaster to a neighboring seahold where he worked with injured dolphins and helping them rehabilitate before returning to the ocean.

For a brief time Thayde returned to the Dolphin Hall, only to be sent out on a much longer visit to Jade Harbor. He remained there for seven Turns as he worked with the nearby Healer Hall in learning how to work with his dolphin to heal humans. After completing his assignment, and a good portion of his portfolio for his Master status, Thayde returned to the Dolphin Hall.

Thayde's life took an unexpected turn when he begin working with a young drudge at the Hall, Enamra, who had arrived at the Hall fifteen and pregnant. He helped see her through her pregnancy and assisted in delivering her baby. Afterwards, he began tutoring her on the side, helping her with her basic letters and reading. Rumors began to swirl, however, about Thayde spending time alone with Enamra, and before long the young woman's reputation was in tatters.

To repair Enamra's reputation, Thayde did the only thing he felt he could, and married her in month 10, on day 23 of the 9th turn. She was fifteen and he was thirty-eight.

Being married with such an age difference came with many challenges, none of which were made easier when Thayde slept with Journeywoman Jalodwyn one night. Although he deeply regretted his actions, Jalodwyn ended up pregnant and delivered him a daughter - Jalotha.

In the midst of the family drama, the acting Hallmaster, Endarin left the Hall, leaving Thayde as the new Hallmaster.

Dolphin's Name: Ada
Dolphin's Age: 17
Description of Dolphin:
Ada is a mottled, dark grey bottle-nose dolphin, with lighter shades of grey streaked beneath in her fins and tail.