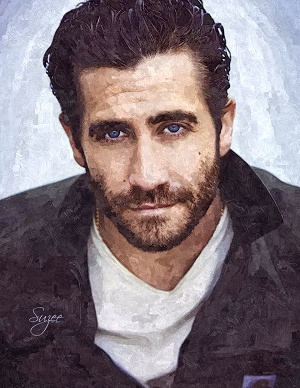 Physical Description of Persona:
R'enh is tall and dark haired and very well muscled from hard work first as a Smith then as a Dragonrider. He is lanky rather than bulky. His eyes are blue in a long and narrow face. His nose is rather prominent under solid brows. It all flows together with a wide smile that is engaging when he chooses. He tends to brood a bit when things dont go exactly as planned. Threadscored on his right hand and thigh, he lost his little finger in that encounter and was lucky not to lose the hand.

Emotional Description of Persona:
R'enh is driven yet friendly but not gregarious. He tends to spend his time alone or with one or two friends. He is a decision maker when it comes to his responsibilities. He is dedicated both to his dragon and Weyr. As any dragonrider who's dragon has flown, he has known the passion and had several weyrmates though none have inspired a long lasting relationship. He remains on friendly terms with them all. He has sired a single child, that he knows of. Of course being a dragon rider there may be more but only the one has ever been presented to him by the mother.

R'enh is open and caring. He loves giving gifts and sharing mutual pleasure. He has his favorites of course and very much enjoys spending time with them when off duty.

History of Persona:
Rolenh was born and raised in the Smithcraft by his father at Vista Point Weyr. He advanced to Sr. Apprentice Smith when he was searched and subsequently impressed Bronze Mnoranth at age 16. He was determined and mature and recognized those characteristics in those around him. He had much discipline from his work as a smith and applied it to his new profession. His attention to detail and leadership skills saw him rise through the ranks quite quickly gaining first leadership of sections and finally presenting his interest for the Wingsecond slot in his wing. Unfortunately, the Wingleader held a grudge and he was passed over. Once it happened again he realized it was personal and transferred to Dolphin Cove.

When he first came to Dolphin Cove it was for the position of Wingsecond to the Weyrleader but over the turns since, he and N'vanik became much more than co-workers, they became close friends. It was difficult to make the decision to move to Dragonsfall but his love for their Weyrwoman made it impossible for him to stay at Dolphin Cove once she became pregnant. She was successfully delivered of twins to his delight.

Dragon's Name: Mnoranth
Dragon's Age: 18
Dragon's Colour: Bronze
Description of Dragon:
A large bronze, he had many times chased but never flown the Sr. Queen at Vista Point Weyr. Perhaps it was because he and his were not enamored of the pair. He did, once, fly one of the Junior Queens.

He is is a bright bronze with a reddish dorsal ridge that runs from his neck to his tail.

Mnoranth is ambitious, driven to succeed and do his job well. He is quite approachable and will freely speak with any who seek to converse with him be it a flit or another dragon. He will take every opportunity to sun with a gold but will turn as eagerly to a flirtatious green.

In Turn 6, Mnoranth caught Elleth and sired a clutch at Dolphin Cove.

Dancer, Brown Firelizard: aged 10, hatched m4 d2
Dancer is quite devoted to his human but a little lazy. He likes nothing better then sunning or fishing.

He can be quite excitable but is fairly well trained and will deliver a message when he's shown clearly where he is going and to whom he should deliver it.