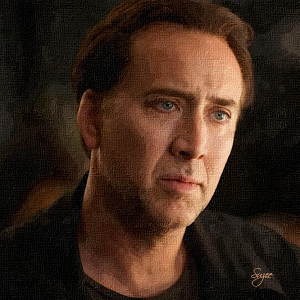 Physical Description of Persona:
Carefully trimmed brown hair combined with hazel eyes add to the generally average impression one gets when first meeting K'sedel. Not overly tall for a man at 5'8", he has the lean and wiry build a slender man almost always develops as a dragonrider. Prior to the Pass he cultivated a mustache and goatee, but shaved them both upon winning the Weyrleadership to set an example for his riders.

Emotional Description of Persona:
K'sedel has propelled himself through life on sheer determination. His forceful self-control can bleed over into stubbornness at times, and when angered, he tends toward overreacting. A stern disciplinarian, his wingriders both take pride in meeting his exacting standards and being wary that they might not meet them.

History of Persona:
Born to a crafter mother and dragonrider father before the Plague, Kesedel spent his childhood at the Farmcraft Hall with his mother. He apprenticed to his mother's craft at age eleven, and had made journeyman at eighteen when he married a fellow crafter who was four turns older. Naishea was five months pregnant when the Plague struck and didn't survive her bout with it. Recovered from the illness himself, Kesedel left the Hall, choosing to join his father at Thayan Peak Weyrhold.

Two months after his arrival at Thayan Peak, he half-heartedly agreed to stand for a rare clutch. Bronze Nikornath's choice of him surprised him, despite his father's reassurances that his chances were high for Impression. Finding that his new lifemate eased some of the grief of losing his wife, K'sedel threw himself into his weyrling training. Afterwards he returned to his craft, finding a dragon a good addition to a farmcrafter's need to travel to educate the more remote holders.

He'd found a weyrmate, Meree, by the time the earthquake leveled Thayan Peak, only lose her and their youngest daughter in the disaster that claimed many lives. He helped folk settle in at Dolphin Cove, but six months later, when Dream's End was reopened, he volunteered for transfer. While he had been a competent wingsecond at Thayan and later Dolphin Cove, there were simply too many competent bronzeriders there. Promised a wingleadership, his bronze soon won him even more - the Weyrleadership.

He respects his Weyrwoman but has little personal feelings toward her, not even friendship. Their personalities clash, and he knows each time her gold rises she hopes to oust him. So far she's not gotten her wish and he continues to lead as ably as most Weyrleaders.

Eventually, circumstances led to Yvonnes' wish being granted, just when the pair had come to an understanding. K'sedel requested an immediate transfer to the nearest Weyr with an open Wingleader position.

This led him to River Bluff, where shortly after arriving, he found himself Weyrleader again, this time in an amicable relationship with Tsaera. Which led to her Tabarnith choosing his Nikornath for a second term.

Dragon's Name: Nikornath
Dragon's Age: 50
Dragon's Colour: Bronze
Description of Dragon:
Nikornath is a larger bronze, with hide of a dark enough shade that it looks quite dark without full sunlight. Mellow in nature, he has a facination with water, small animals such as felines, and blonde women, all of which puzzle his rider to no end.