Happy Birthday Wendi
It's Wendi's birthday today - everyone wish them a wonderful day! 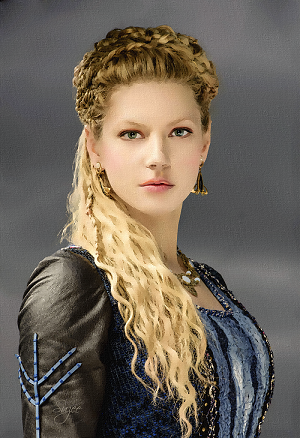 Physical Description of Persona:
Urlene is a slender, stunningly beautiful woman of medium height, with strong but delicate long-fingered hands. When not tied back for her craft, she typically wears her honey blonde hair intricately braided around the crown, allowing the rest of the mass to fall down her back. Her blue eyes are sharp, revealing an intense intelligence and she is pale, despite the southern sun.

Urlene walks with a straight back and professional, quick step. Her movements are quick as well, to the point and never with a hint of guile or dissembling.

Emotional Description of Persona:
Urlene is quick witted, sharp tongued, and does not brook fools easily. She is strong-willed and speaks her mind, often an asset when dealing with stubborn patients or amorous dragonmen. Her focus is her craft and when not in the infirmary is often found in her quarters with a book or embroidery. The men who attempt to flirt are often brushed aside; though she in the Weyr, she has shown little interest in cultivating personal or romantic relationships.

Because she is simply not a "people-person" she usually does not interact closely with those who come to the infirmary unless absolutely necessary or they need her surgical skill.

History of Persona:
Urlene's history is known to a very few. She came to the Weyr to craft at seventeen turns and though she apprenticed at older than usual, she has risen quickly. She does not speak of her past often, preferring to focus on the present.

Urlene was married at fifteen turns and cast aside two turns later, her husband divorcing her when no children came of the marriage. She was of a good family of the Blood, but not close enough to ever inherit a large Hold; there were few options left for her except to attempt to wed again. Disenchanted by the notion of marriage and relationships in general, she disobeyed her family to go to the Weyr and was promptly disinherited by her family.

It mattered little to her, for she quickly found her calling. Her intelligence and skills were valued more than her appearance or her ability to breed heirs, so she bent all of her efforts to learn her chosen craft. In truth, it annoys her when her peers comment on her looks before her other more valuable skills. Urlene is also terrified of heights and going /between/, and as such as developed a fear of dragons and flying, which is ironic considering where she lives. Going /between/ causes her to panic and get ill, a fact that embarrasses and distresses her greatly. As such, when she has to leave the Weyr (which she tries not to do), she prefers to travel by runner or ship. She rides very well and often misses the freedom of it, but maintains her solitude in the Lower Caverns.

She has a reputation for being one of the finest surgeons on the Southern Continent and is often consulted in unusual or risky cases by other Healers.

After successfully performing a difficult and intricate surgery on a rider, the visiting Master Solmon promoted her to the rank of Master Healer. Her goal of becoming the Weyrhealer was that much closer.

Stitch, Brown Firelizard: aged 1, hatched m10 d7
Stitch is a deep russet brown that falls right in the middle of the average size range for his color. Even as a hatchling, he is calm and even-tempered; he is usually found either on Urlene's shoulder, peering at the world with interest, or when she is busy, up on a high perch.