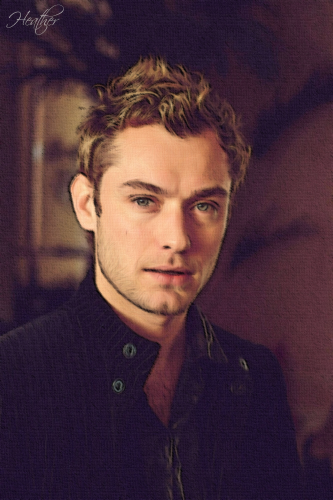 Physical Description of Persona:
Carin has his mother's dark red hair, but unlike her thick waves, his hair texture follows after his father and is mildly curly- which is the main reason he keeps it cut short. Light greyish blue eyes rest above a pair of high cheekbones that are lightly peppered with dark, red freckles. Tall and lanky already, Carin is destined to have his father's rangy, muscular build.

Emotional Description of Persona:
Carin has had a rather typical weyrbrat upbringing, which has left him with a pretty liberal view of sex, relationships and the Weyr in general. Watching his father grovel for his mother's approval has left a bitter taste in Carin's mouth when it comes to relationships. He much more prefers to keep things casual. Once a girl gets too clingy Carin is quick to end the relationship in favor of something more fun and carefree.

Clever and quick-witted, Carin has a creative side that he expresses in his harpercraft training via gitar. He can be stubborn and unyielding when someone opposes his opinions, and he struggles with a cocky arrogance that comes from being good-looking and knowing it.

History of Persona:
Son of greenrider Ciara and brownrider R'yin, Carin has a relationship with both his father and mother, but he also spent a lot of time in the creche, like any other weyrbrat. Some of Carin's foundational memories are of his mother and father fighting, especially since his father is still so hung up on Ciara. Being a kid, Carin stil isn't sure what really happened to drive such a wedge between his parents, especially when he father seems so devoted to his mother.

Knowing from a young age that he wanted to Stand as a Candidate, Carin also took up the harpercraft as a fail-safe incase Impression never happened for him. Being a harper opened up a new world of acquaintances for Carin and it was among the free-spirited harpers that he found his first taste of intimacy and romance. Determined to never be the clingy embarrassment that his father was, Carin flits from woman to woman, relationship to relationship, never staying too long, especially if things get serious.

At 18 Turns Carin became C'rin when he Impressed brown Dasveth.

When River Bluff fell, C'rin became very close with a greenrider named Riveenata. They were there for each other as they became refugees from the Weyr that had been their home. The friendship developed into being casual lovers and both ended up at Dolphin Cove Weyr. C'rin wanted to see the relationship develop into something more serious, but a bronzerider named K'lvin stood in his way, as he was pursuing Riveenata.

When C'rin felt as if Riveenata were choosing K'lvin, he transferred out of Dolphin Cove to the cold region of Dragonsfall.

Dragon's Name: Dasveth
Dragon's Age: 3
Dragon's Colour: Brown
Description of Dragon:
Dasveth is a rich burnt sienna brown. The size of his feet and wingspan hint that he will be a large brown once he has matured.