Happy Birthday Phoenix
Phoenix is 39 today - everyone wish them a wonderful day! 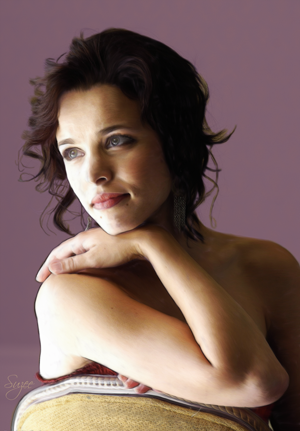 Physical Description of Persona:
Brunette with golden streaks in the sun, Loella is of medium height at about 53. She has a shapely figure and very straight white teeth. Her eyes are hazel and can sparkle with mischief.

Emotional Description of Persona:
Loella is rather intense with a stinging wit. She can be a little overwhelming at times or so her suitors have found. Underneath the prickly exterior she has a kind heart though most people dont get to see that part of her. She loves passionately though the object of her regard was unaware of it for many turns.

History of Persona:
Loella grew up at Amber Hills, the youngest of five children born to her parents. She had a rather carefree childhood as any child of the Hold. Her oldest sister made a fine marriage to one of the Hold's guards who later became its Captain. More than ten turns her junior Loella formed a deep attachment to the kind man who became her sisters husband. Of course in its first bloom her parents dismissed it as a young girls crush and she quickly learned to hide her true feelings.

Her father doted on her and as the youngest of the siblings she was given more leeway in choice of her own husband than the others had been. More than one suitor felt the sharp cut of her tongue and thought himself better off elsewhere. Loella refocused on caring for her parents as they began to advance in age.

When thread began to fall once again on Pern murmuring voices in her head concerned her but she learned how to hide from them over time. She still hides whenever dragons appear.

In time, she finally made her feelings for Karhal known and after a short courtship they were married. But all did not run smoothly for the pair. Karhal was poisoned and nearly died on their wedding day.

Rikka, Canine: aged 4, born m1 d23
Rikka is rambunctious and all puppy at the moment. She loves her mistress and tries to follow her everywhere she goes.

She is black and tan with a fluffy coat like her mother. But where her mother has brown eyes, Rikka has one brown and one blue.