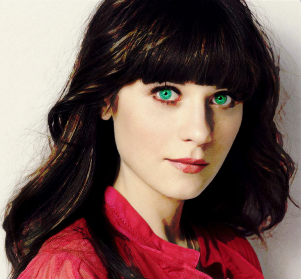 Physical Description of Persona:
Cortana is tall, about 56. She has long black hair down to her waist. Her eyes are a shocking sea green. She has a fair face, but it's not overly pretty, and you can see the intelligence twinkling and power behind hooded eyes. She has a good figure, but there is a wiry strength behind the curved hips.

Emotional Description of Persona:
Cortana is very kindhearted, and often know's just what to say to cheer people up, but has a soft spot for dragons and firelizards. She's a very likable person, and tends to get many looks from passers by. She's determined and stubborn, to the point of craziness. (when she wants her way, she usually get's it.)

History of Persona:
Cortana and her sister were born in a small hold in Keroon. Named for their mothers sister, shed always had an obsession with dragons and started looking for fire lizard clutches as soon as she could. Her luck paid off when she was 12, and she Impressed what she was sure was the smartest green, and probably one of the smallest browns on Pern. Only after spending a long night on a cold beach, and saving only those two eggs from the rising tide.

Whenever Cortana could she'd visit her brother Ldani at Dolphin Cove Weyr. He had been Searched way back before the reopening of the Northern Weyrs. She loved being around the dragons and her sketchbooks were always filled with them.

But when she turned sixteen, her father started pressing her to get her head out of the clouds and do something with her life. So she started training to be a healer. Cianna, her twin sister, had just married and she had no-one left to talk to, except her mother. Cortanas mother was always there to listen to her rants about her father. She hated her father. He was rude, obnoxious, and over powering. Cortana never understood what her mother saw in him.

Cortana's mother, Ilian, had been training to be a beast healer when she met her future husband, Ketran. Ilian continually insisted that he had been a much nicer person when they met. Cortana never believed her.

On Cortana's nineteenth birthday, her brother came to her with the thing shed always wanted. He had come to her on his dragon Torloth. When Torloth met Cortana, he became all excited. L'dani informed the family that Torloth saw something in his younger sister.

Cortana was being Searched. And there was a clutch on Dolphin Cove's sands! But the Sands were hot and the Hatching soon, and eggs don't wait to hatch. Without further thought, and against her fathers wishes, she packed her bags and left the hold. L'dani dropped her off at Dolphin Cove.

She was only there a few days, when the hum of a Dragon Hatching filled the air. Cortana stood on the sands and luckily Impressed her green, Anath, at her first Hatching.

Dragon's Name: Anath
Dragon's Age: 7
Dragon's Colour: Green
Description of Dragon:
She is an even emerald green, with a darker patch surounding her right eye. It gives her a "black eye" look. A small green with long wings and a svelt frame. She is mellowing out with age, but still enjoys almost a constant connection with her rider, if not physically, then mentally.

The young green has become a magnet for wild firelizards. They seem to like her small size and calm demeanor, but flick out when Cortana comes to close. And no matter how much Cortana complains, Anath insists they do not bother her, and almost encourages the little flits to land on her when she sleeps.

Trill, Green Firelizard: aged 14, hatched m6 d11
A very large green. Almost the size of a medium blue. She is a bright lime-like green with a thick ring scar around her neck.

She is very commanding. Sometimes Cortana insists she's a gold in green's skin. She is very protective of Cortana, and now Anath. She loves to sit on Cortana's shoulder and watch the people Cortana's interacting with like a hawk.

Royal, Brown Firelizard: aged 14, hatched m6 d11
A small brown. On the small end of the brown flit scale. He is a deep soil colored brown. He has one scar running down his back from nose tip to tail tip.

He is super protective of Cortana and Trill. A conservative, quiet creature, who is usually only arroused when Cortana's in danger. But he loves attention, and will recieve scratches from many people, as long as Cortana reassures him.