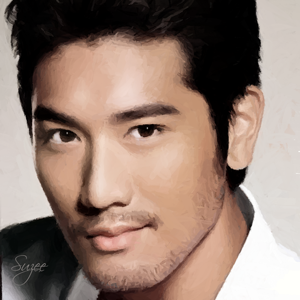 Physical Description of Persona:
Tyselin has dark hair, deep brown eyes, and a ready smile. He's average height with a thin build and well toned muscles from working with machinery and frequently swimming in the ocean. The young man is handsome and knows it, though he doesn't tilt over into arrogance. Fully embracing the tropical weyrlife, he often wears as little as possible, or light, flowy shirts with open necklines. Once in a while he wears loose skirts.

Emotional Description of Persona:
Tyselin loves both the life of the mind and lively social gatherings. Highly intelligent, he loves solving problems and working on technological systems. When he's not working on a project or furthering his studies, Tyselin spends time with his many friends.

Tyselin sometimes struggles with balance, getting lost in one aspect of his life or another. He's beginning to learn that when he feels anxious and restless he needs to readjust things. Either he's spending too much time socializing or too much time on his craft.

History of Persona:
His sprawling family comes from a minor farming hold and he grew up with a herd of siblings and cousins. He excelled in his harper classes -- at least, when he wasn't bored and frustrated by them. Being smart wasn't the only thing that made him stand out. From an early age Tyselin knew he was attracted to boys.

Tyselin's family knows and accepts what he is, even if it causes them to have some stigma in the wider community. When he was old enough to choose a craft he discussed things with his parents and they all decided it was best he study at a Weyr rather than the Hall.

Unable to resist the allure of having a dragon, Tyselin petitioned to Stand not long after he arrived at Dolphin Cove. He tries to stay positive but it's been many Turns and he's beginning to worry he might never Impress.

Finally, blue Calaroth found him on the Sands.

Dragon's Name: Calaroth
Dragon's Age: 2
Dragon's Colour: Blue
Description of Dragon:
Calaroth is a rich bright azure tone, slightly lighter in his wing membranes and slightly darker along his neck ridges. He's about average size though a bit thinner than most of his clutchmates.

He's a friendly and outgoing dragon, eager to chat and play with his clutchmates and even older dragons. He's not so eager to work. He'd rather be off chasing VTOLs than learning drills.