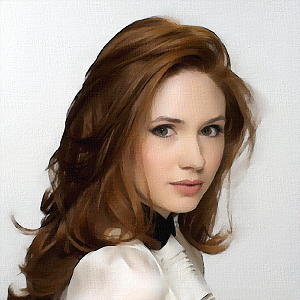 Physical Description of Persona:
Sophque is a little below average height. She is not what anyone would consider beautiful or shapely. Though she has a smile that lights up her face. She is slightly on the plump side with a soft rounded figure and full bosom. Her hair is a reddish brown and falls in soft waves to her waist when she lets it down. Her kind eyes are light brown and sometimes can appear gold in color. Her red highlights are beginning to fade toward ash. Her best feature is her voice. A lovely mellow contralto, in another place or time she would have been sought after by the Harper Craft.

Emotional Description of Persona:
Most people would call her sweet. She is a very even tempered and affectionate person. Calm in a crisis, those around her sometimes wonder how she can continue to function even when others are panicked. She is warm and open, accepting those around her at face value.

History of Persona:
Sophque grew up in and around the area that became Sunstone Seahold. Her father worked in the orchards and her mother took in laundry and mending. She was one of five children and as the only girl, spent her days learning to help her mother when she was done with her Harper lessons. She loved her Harper studies and read anything and everything she could get her hands on. Her youngest brother couldn't pronounce her name when he was young and began calling her Kiki, which the rest of her family also began to use.

As you would expect, she was betrothed and married at an early age. The seaport was a busy one and her husband involved with sea trade. As a deck hand, he was gone for months at time. Shortly after the first Fall of the current Pass his ship sailed out again and this time it didn't return. They've never discovered what happened to the ship or its crew. Though things were rough at first, she soon found her feet and secured a position doing mending and seamstress work in the hold proper. She lives in a cot just outside the hold with her small daughter.

Unknown to all but the Headwoman, Sophque was Lord Morin's mistress for several turns. She asked nothing of him either for herself or their daughter. But he provided some gifts for their future. Her independent life in her small cot came to an end when he was killed at sea. Her skill with her needle has now gotten her a place working for the new Lady Holder.