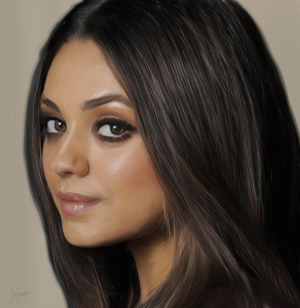 Physical Description of Persona:
Teseada is the last person you would notice in a crowd. At no more than an average height, her colouring is nothing special, being at what could best be described as brunette, at worst 'dirty brown', with light brown eyes. She does have a ready smile, which people do tend to notice. Her hair is shoulder length, usually worn in a simple pony tail.

Her weight alas is not in proportion to her height, whilst not dangerously overweight, she is what would be kindly described as a 'big girl'.

Emotional Description of Persona:
Teseada is used to being the one that is passed over or picked last for a team. There is something about her that manages to rub people up the wrong way. Consequently she has few real friends, more a group of casual acquaintances that she knows deep down she could never truly rely on.

Whilst smart (and smart mouthed!), she is not really a sociable person. She can try, and in the short term may manage a friend or two, but will speak before thinking which could and has spoiled things in the past.

Her father's encouragement has brought her out of herself a little, she's not such a wallflower anymore, but is used to thinking of herself that way.

History of Persona:
Teseada was born to Danev and Tesia at Dragonsfall Weyr. Her parents were originally a Junior Journeyman Technician and a cook, but that changed when her father Danev stood at a hatching and impressed blue Shoglenth. Now known as D'nev, the marriage was dissolved after his impression. Teseada knew no different, many of the other weyrbrats around her grew up in similar situations, one parent a rider, the other not. Tesia however spoilt the youngster, feeding her treats whenever she thought she could make the girl happy in an effort to try and compensate for her father not being there all the time.

D'nev grew to like the girl as she grew up, despite having left her upbringing mainly to her mother. He was the one encouraging her to follow him in his craft, rather than become a cook like her mother, feeling that it might keep her away from the temptations of food. Recently, having explored some of the more physical aspects of her craft, she has lost some weight, and begun to associate more with the other young people at the weyr, be they crafter, candidate or rider.

Now, finding herself the rider of Gold Onnyth she faces greater challenges. Due to the untimely death of Jaela, she has found herself catapulted up into the role of Weyrwoman's Second. Just when she had begun to feel comfortable with all that entailed, her world was rocked by the revelation that her father had a whole other family in a hold, and that one of those children had arrived, and he had Impressed a bronze from Onnyth's first clutch.

Lately, Teseada has had a new challenge to deal with, falling pregnant after Onnyth's last flight, she elected to keep the child. A son was born to her and N'call, days after his half sibling

Teseada has now accepted a transfer to the new Weyr in the hope that Onnyth will rise first. What happens next remains to be seen

Dragon's Name: Onnyth
Dragon's Age: 7
Dragon's Colour: Gold
Description of Dragon:
Onnyth is dainty for a gold, small and yet perfectly proportioned, this little one has an idea of what she wants and when she wants it.

Her hide is a pale gold, darkening slightly underneath, and she delights in keeping it clean.