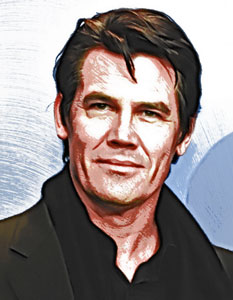 Physical Description of Persona:
W'ser is a lover of the outdoors and over the Turns he has gained weather lines around his bright blue eyes. His hair is pitch black with only the faintest traces of silver beginning at his temples. Bronze skin, compliments of the sun, make his broad shoulders and corded forearms appear toned. Being a man that works with dragons daily, W'ser is physically fit and exudes a physical prowess that many women find attractive.

Emotional Description of Persona:
W'ser believes in hard work, and considers anything less than giving your best to a task laziness. Having such a strong work ethic, W'ser is rarely found sitting around and even finds things to fill his leisure time- such as pouring over old hides.

History of Persona:
W'ser grew up at Dragonsfall with dragonriders for parents. Since Thread, at that point, was a thing of the past, W'ser was encouraged to pick a craft. Having been obsessed with his parents' dragons as a child, W'ser decided to join the dragonhealer craft. Fortunately for W'ser, dragonhealing came naturally to him and he found himself consumed by his craft and the desire to learn more. Worried that he wouldn't Impress, and thus be able to continue his craft, W'ser began Standing at each Hatching that he was eligible for. At the age of 20 W'ser found his brown lifemate Branth and was able to continue working on his craft. Since Thread wasn't falling, W'ser was able to devote an immense amount of time to his craft, and with his natural knack for dragonhealing. Even with the return of Threadfall, W'ser was able to devote enough time to the craft to gain Mastery at the age of forty. For the past Turn W'ser has been working with the Weyr as its Weyrdragonhealer.

For a long time W'ser only kept a few regular lovers around the Weyr, preferring not to enter into the time commitment that came with a weyrmate. However once he met Sasima he fell head-over-heels for the woman, and has since changed his mind about weyrmating.

Dragon's Name: Branth
Dragon's Age: 26
Dragon's Colour: Brown
Description of Dragon:
Branth is a dark, rusty brown that is akin to burnt klah. The brown is average in size with a sweeping wingspan and a gracefully curved neck. Unlike his rider, who has no time for females, Branth dedicates a large amount of time to wooing greens, and trying his best to flirt with golds.