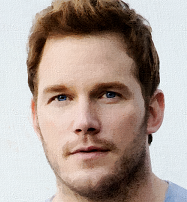 
"I don't know, Mama, I can't seem to find Zathan or Benaris." The Lord
Holder said in a staged voice, hands raised, eyes twinkling with
laughter as he shot a glance to the two sets of wiggling feet sticking
out from beneath the large area rug in the center of their family
quarters.

Peals of laughter rang out from beneath the rug as Zathris winked at
Benani. "I guess we'll just have to give away all of their toys to the
other holdbrats."

"Oh no," Benani cried dramatically. "My boys... where are my boys?"
Nimiliee squealed from her little chair and pounded on the tray with
her little fists sending small snacks flying as she bumped up and down
excitedly.

"It looks like our sweet Nimi knows," Zathris said, stopping in his
'search' a moment to caress his daughter's round cheek. The Lord
Holder turned then and drew back the rug. "Gotcha!" he bellowed,
scooping the twins up, one under each arm.

Everyone in the room was laughing and Nazli had to smile at the sight
of their Lord Holder playing with his children. Her hand slipped into
Benamil's and she smiled up at him.

Lady Benani rose from her chair and crossed the room "Benamil," she
smiled a welcome and kissed his cheek. Then she hugged Nazli and gave
her a private wink. "Good to see you,"

Zathris turned to greet their guests, still holding a child under each
arm. It was very clear that in this setting he was Zathris, husband
and father, rather than Zathris, Lord Holder. "Benamil, Nazli," he
smiled, setting Zathan and Benaris on their feet. "Come in. What
brings you by?"

"We just came by to share some good news," Benamil lifted Benaris up,
tousling the boy's hair.

Nimi squealed again and lifted her arms opening and closing her hands
in a wordless plea to be picked up.

Benani chuckled and swept back across the room and pulled the
squirming toddler out of the chair. "There there miss," her momma
shushed her.

But she leaned over toward her daddy and began tugging at his sleeve.
"Da" she demanded.

Zathris' cheek dimpled into a smile as he plucked Nimilee from her
mother and tucked her into his arm. "We always welcome good news.
Please, have a seat." He gestured for his brother-in-law and wife to
sit as he claimed a chair himself, bouncing his daughter on his knee.

Benamil squeezed Nazli's hand as he sat on the loveseat, keeping her
close to his side as he looked at Benani and Zathris. "After
confirming it with the healers we wanted to let you two know that
Nazli is in the family way."

"Congratulations!" Benani exclaimed though her eyes went to her friend
with concern. She had no doubts about how this must have cost them.
Yet they both seemed very united and supportive of each other. Her
brother even seemed quite protective of his wife.

Zathris hoped that his smile covered his surprise. Even though he had
been the one to insist that Benamil and Nazli have a child, he had
been worried that it might not ever happen- with Benamil's
tendency toward men.

Benamil squeezed Nazli's hand again, shooting her a smile. He couldn't
help it. He was just so proud of her and everything she had overcome
for them to become pregnant.

"That is great news! Did they give you an estimate for when you might
be due?" Zathris asked.

"Yes Sir," Nazli answered this time. She smiled up at her husband's
squeeze. It made her more ready to face things around her with the way
he understood and supported her.. "Toward the last week of the first
month of the new Turn."

"I suppose I shall see you two ladies knitting away at new baby items
then," Zathris smiled knowingly at Benani.

She grinned back and grabbed at Zathan who had decided to jump up and
try to snag his sister's shoe. "That's enough," she said and picked up
the three turn old troublemaker and set him on her hip. "I've already
got some idea," she smiled at Nazli.

Nazli smiled happily back at her. "Me too," she said.

"Are we free to share the good news with the rest of the family?" Zathris asked.

"I think the news is already out," Nazli blushed. "I told Ben down at
the stables. All his beast hands heard me I'm sure."

Benamil chuckled. "That means the entire Hold knows by now, I am
sure." Even as he said the words a thought struck him. Arion. Arion
had probably heard the rumors going around today. The vintner had been
more supportive of he and Nazli over the past month, but Nazli being
pregnant was the kind of news he had hoped to tell him in person, in
private.

Benani looked at her for a moment with a soft smile of her own. "You
alright Nazli?"

Last updated on the September 3rd 2019