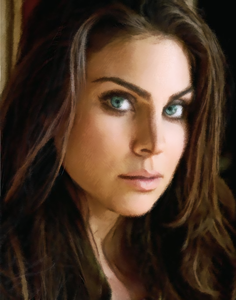 Physical Description of Persona:
Tavia is approximately five foot three with a slightly muscular build. She has brown wavy hair with pale green eyes. She isn't particularly curvy but she is moderately endowed for her height.

Emotional Description of Persona:
Tavia is the kind of person that is only remarkable while in a conversation with someone else. Otherwise she is rather easily forgotten. She isn't offended when people say "I know you but I don't remember your name?" She's rather laid back and is only aggressive when her green is near rising. She's normally friendly and open to some fun if approached.

Tavia likes to keep things light and fun, avoiding deeper relationships and their accompanying drama. She is very sensual and a 'free spirit.'

History of Persona:
Born to a cook and a weaver, Tavia has spent her life in Dolphin Cove. Raised by her parents Tavia was encouraged to chose a craft. She chose healing. She trained as a healer for four turns, reaching senior apprentice when she impressed Sawauth at sixteen. With no thread falling Tavia picked up her training and rose to journeywoman. She has been with the queens wing since thread began falling.

She spends her time during a fall in the infirmary when Sawauth is resting. Consequently she has seen a great deal of the aftermath of Thread score.

An affair with U'kaiah of Dragonsfall which started as simple flirting and fun, gradually turned serious for the pair and in month 5 of turn 6 Tavia gave him a son they named Kaiavin. Not long after he asked her to move to Dragonsfall so their small family could be together. She agreed and in month two of Turn 7 she made the transfer.

But things didn't go as planned and U'kaiah left Dragonsfall for the chance to be the new Weyrleader in a new Weyr to the north. Tavia couldn't face another move so soon and wouldn't have gone, had he asked. But he didn't and she's felt the loss.

She has become determined to raise her son and serve the Weyr as best she can with her healing skills. She'll wait and see what the future holds. She has begun to feel a pull toward a more stable relationship.

Dragon's Name: Sawauth
Dragon's Age: 21
Dragon's Colour: Green
Next Mating Flight: m10 d7
Description of Dragon:
Sawauth is an average green, average size, an average shade of green, not too dark and not too bright. She forgets things as easily as some greens seem to do and almost never worries. Her personality is engaging and cam be even called cute at times. She is sweet but protective of her rider. She becomes a bit of a flirt when nearing her time to rise. She has a preference for browns in her flights.

Glory, Gold Firelizard: aged 4, hatched m1 d24
Next Mating Flight: m10 d23
Glory is bright gold with a rosy undertone to her wingsails. She adores her person and is quite protective. Sensitive to Tavia's moods and emotions she reflects her personality like a little barometer. Glory is dainty a perfect reflection of her golden cousins.