Happy Birthday Devin
It's Devin's birthday today - everyone wish them a wonderful day! 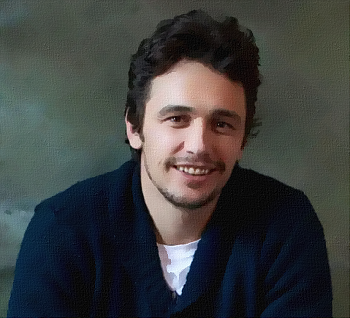 Physical Description of Persona:
L'keri is of medium height, with brown eyes and dark hair that seems to be continually in need of a cut. Like most dragonriders he is strong and reasonably fit, but Turns of late nights and drinking more than he should have taken their toll on his health. He has grown heavier and isn't in the shape he was in when he was in his twenties, and there are often dark shadows under his eyes from lack of sleep. He has a kind of beaten-down, world-weary charm which can be attractive when he makes an effort, but his lazy, insouciant manner does not endear him to those among his superiors with a liking for order and respect.

Emotional Description of Persona:
As a young man, L'keri was cheerful and likeable, having led a pleasant life that put few obstacles in his way. He had a tendency to show off which earned him a reputation for irresponsible behaviour, but was showing signs of settling down and becoming a dependable wingrider. However, although he had a weyrmate who he loved dearly, he was easily led astray and had trouble saying no to other women.

Everything changed when he left his mate after a terrible argument. Once he'd realised that he'd made a mistake he couldn't repair and ruined his best chance of happiness, L'keri threw himself into a life of seeking short-term pleasure rather than building lasting relationships. He hides his bitter disappointment under an exterior of carelessness and disrespect for his superiors - especially bronzeriders, who he has a particular grudge against. Most of the time he manages to stay on the right site of authority, largely thanks to his dragon and a few concerned wingmates, but his reckless, insubordinate streak gets him into trouble now and then. That said, he hasn't gone so far as to neglect Rhalith or fail to do his best in Fall, and there may be some hope for him yet.

He has a difficult relationship with his son Arten, who finds him inadequate as a father and was furious when he found he had to move to a new Weyr, away from his friends. However, L'keri sees staying with his children as one of the few things he's been able to do right in his life and refused to leave the boy behind.

History of Persona:
L'keri is a dragonrider's son who grew up with foster parents in River Bluff Weyrhold. He Impressed Rhalith early, at age 14, but held his own with the older weyrlings and on graduating soon earned a reputation for being a daredevil and a headache to his wingleader. After a bad accident in drill, he transferred to Dragonsfall Weyr, vowing to be more responsible in future.

Five Turns later he returned to his home Weyr with a young son, Arten, and started a relationship with a journeywoman healer, Ariadne, who he had first met at Dragonsfall. The two became weyrmates and decided to try for a baby to be a brother or sister to Arten, but then a friend and former lover from L'keri's weyrling days, Erilia, made an appearance. She was determined to win him from Ariadne, he was unable to refuse her, and she ended up expecting a baby at the same time as his weyrmate. The tension between them culminated in an explosive row when L'keri found out that there was a possibility Ariadne's child might not be his, but that of an older bronzerider who had been a friend and mentor to him. In a fit of jealousy, he left her and moved in with Erilia, and the two made plans to transfer to a new Weyr together.

His time with Erilia was short-lived and tempestuous; she quickly grew bored of him once she had him and their life together descended into a round of rowdy arguments and flings with other people on both sides. Eventually she transferred to another Weyr, leaving her daughter with L'keri.

Left on his own, L'keri was continually in and out of minor trouble, although never enough to merit serious attention. When he heard the news about the earthquake at River Bluff, matters took a turn for the worse. He assumed Ariadne must have perished in the disaster and was overwhelmed with grief and remorse. Trying to forget her, he got thoroughly drunk, publicly disrespected his Wingleader and ended up on punishment duties for a long period. After that, it was decided that a change of scene might help and he reluctantly accepted a transfer back to Dragonsfall, where he had first met Ariadne...

Dragon's Name: Rhalith
Dragon's Age: 18
Dragon's Colour: Brown
Description of Dragon:
Rhalith is a medium-sized brown, unremarkable apart from a large but faded burn scar over his right wing, where he was caught by another dragon's flame in a drill accident. He is rather quiet and thoughtful, but his unwavering love and support for his rider have sustained L'keri through the last, difficult Turns.