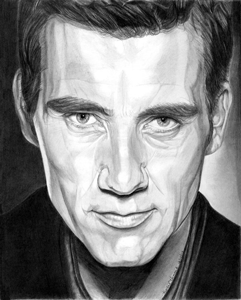 Physical Description of Persona:
K'deren is fairly tall, close on six foot, weighing around 210 lbs. Despite his size he's quite nimble and quick on his feet.

Emotional Description of Persona:
There is more than just a physical resemblence to his father, K'deren is determined, almost over stubborn at times and very disciplined.

However, he's also capable of great tact and diplomacy when needed, having had to work hard to prove himself.

History of Persona:
K'deren is a rider. His brothers are riders, his father is a rider as was his grandfather.

Tragically, Vonalie lost her life in the recent threadfall accident

Since then, K'deren has found happiness again at Dolphin Cove with Cyradis. They have a young son, and between them a large family.

Dragon's Name: Donneth
Dragon's Age: 30
Dragon's Colour: Brown
Description of Dragon:
Donneth is on the large size for a brown, almost matching a small bronze in size. He has an impressive dark, coloured hide, looking almost metallic at times.