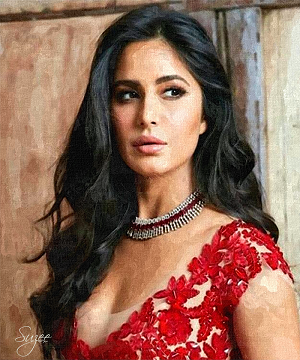 Physical Description of Persona:
Jayala is a slender woman of medium height, with long, wavy black hair threaded with grey and dark brown eyes. As a young girl she felt her figure and features were too sharp and angular for beauty, but with age they have taken on an elegance and dignity of which she is quietly proud. Although she is generally an abstemious person, the one luxury she allows herself is expensive clothes in deep, rich shades that suit her dark colouring. While not a specialist singer, she has a pleasant, deceptively soft alto voice which she has trained to carry authority when required.

Emotional Description of Persona:
Jayala combines exceptional skill as a musician with a reputation for efficiency in carrying out her duties as a Master, which has earned her a great deal of respect among her peers. She has a passion for seeing her Craft successful and for ensuring that other talented young women don't have to face the obstacles that she had to. A strict teacher, she expects effort and commitment from all her students, but is also fiercely protective of them, particularly the women and the youngest apprentices.

Although she can be diplomatic and charming when her duties demand it, she is impatient with those who don't meet her standards of hard work and discipline, or fail to respect her rank. She has had to learn to keep her temper in check while living in a Hall where women were banned from the craft for many Turns, but it still escapes her at times, and she has a tendency to look down on those who don't share her drive to succeed. As one of the first female harpers to be promoted to Master after the lifting of the ban, she is aware of being under scrutiny and finds it difficult to relax.

History of Persona:
Jayala was born into a family of harpers at the Emerald Falls Hall. When she was a baby, plague struck the Southern Continent, and from her family, only her mother and grandmother survived. Soon afterwards, women were banned from the Craft. Zahira, her grandmother, was a Master and was allowed to keep her rank since she was past childbearing age, but she was so infuriated by the ban that she left the Hall and took up a teaching post at a hold. Jayala's mother, who had been a young journeywoman at the time of the plague, went with her, but retired from the craft and found a second husband at their new home.

Growing up, Jayala was very close to her grandmother, who began teaching her to play musical instruments, sing and compose her own music from an early age. Her mother and stepfather were uneasy about this, but reasoned that it might attract suitors for their rather shy and awkward daughter without the expense of paying for tuition at the Hall. Zahira found out that they were trying to arrange a marriage for her granddaughter, and paid a trader to smuggle the girl to a minor Hold which came under the jurisdiction of Thayan Peak Weyrhold. The journey was difficult, but once there she was able to become an apprentice and due to her prior training, was promoted to journeywoman only a few Turns later. At that point, she re-established contact with her parents, who resigned themselves to the fact that she was never going to make the good marriage they'd hoped for.

When Thayan Peak Weyrhold was destroyed by an earthquake, her home became part of the territory of a Lord who upheld the craft ban. Topaz Sea Hold accepted female crafters and so Jayala travelled there with the help of some holders who were unhappy with the new regime. While living there, she made friends and useful contacts at the Printer Hall. The Hold was badly damaged by a hurricane and evacuated early in the Pass, and she initially returned there to help with the rebuilding effort, but shortly afterwards found out from a printer friend that the Harper Hall had moved to the Weyr and started accepting women as crafters. She took the opportunity to join them and assisted the Master of Apprentices with finding and training girls. Not long after arriving at the Weyr, she was promoted to the rank of Master.

Jayala had become well respected among the younger and less conservative harpers, and when Hallmaster Almonteo had to step down due to ill health, her name was mentioned as a potential successor. However, the opposition to a woman as Hallmaster was too great and Master Vestian was chosen instead, despite having been in his rank for a shorter time. This wasn't easy for her to accept, especially since his relative youth meant that it now seemed unlikely she would ever get the chance to lead the Hall, but she hid her disappointment and remained there, hoping her luck might change in the future.

Eventually, her patience was rewarded when she was promoted to Hallsecond, much to the annoyance of some of the more hidebound Masters at the Harper Hall...